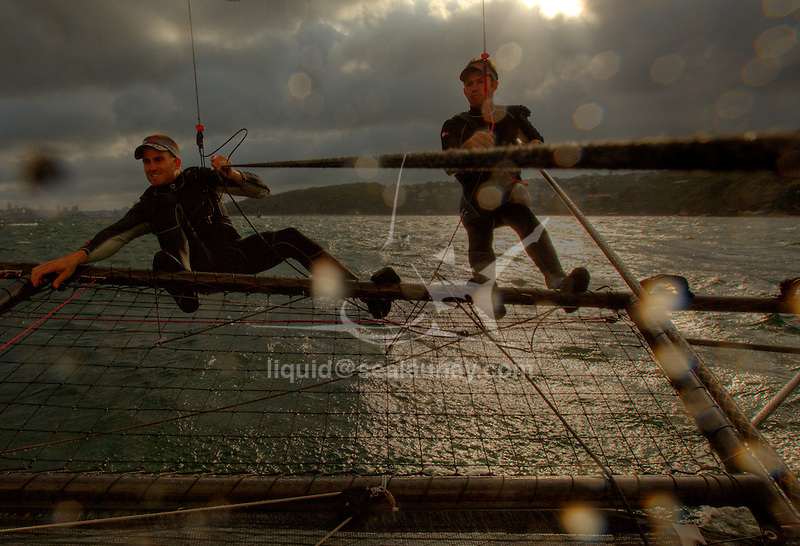 Onboard with the 18 feet skiff Australian Champion 2010 Gotta Love It 7 sailed by Seve Javin, Sam Newton and Tom Clout and trained by Andrew Palfrey..The 18ft Skiff is considered the fastest class of sailing skiffs. The class has a long history beginning with races on Sydney Harbour, Australia in 1892. It is the fastest conventional non-foiling monohull on the yardstick rating.